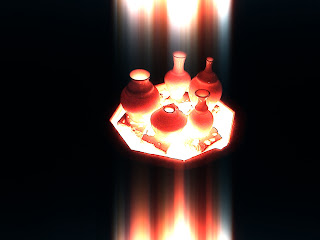 Television Series, in development.
Posted by Unknown at 8:07 PM No comments:

A Phoenix from the Ashes 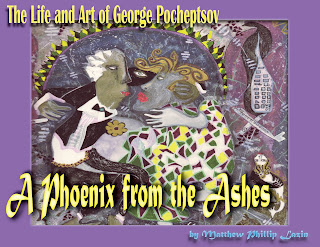 In December of 2001, I visited the site of the World Trade center in order to pay my respects.  What I remember most vividly was the smell and the wreckage, the closed businesses.  That year, I had been working for the Racine Center for the arts and one of the artists I represented was George Pocheptsov, but better known to me as "Georgie."  Above is the cover of the book I have been working on about him for all of these years since.  He has since gone on to study medicine at Harvard.  The photo is a partial view of his painting titled "Towers of Mercy" which was inspired by the events of 9/11/2001.  He said, "The world was split in two, with both a light side and a dark side.  From the light side there is a Phoenix rising from the Ashes."  This is my first public posting ever about this book.  It seemed a suitable time to publish it, to remind people about the beauty of the world.  One of my favorite things about selling art in working for Mike and Cynthia Golonka, was that every day, I got to be surrounded by both beautiful and breath-taking pieces of art.  I dedicate this post to George's mother Dubrava.  We sure are proud of your son, and I thank you so much for all the fun times we had together!  I still have that silly Russian Blue cat that you gave to me, Gracy, among all the other gifts that you shared with me in our wonderful friendship together.  Perhaps the publishing world is ready to publish such a book.  I hope so, it has been a long time in the making, a pure endeavor of the heart.  Thank you,

Matthew Phillip Lazin
Posted by Unknown at 7:31 PM No comments:

The title of this book is dedicated to Jen Koskela and Jamie Latorra who originally came up with the title as it exists today.  I had been kicking around the idea of writing a dating book for years.  Eventually, as the stories accumulated and accumulated, it gradually became both an anecdotal story and cautionary tale.  Gradually, I will be publishing portions of this book and excerpts onto this blog.  The idea came about from a few female friends who kept coming to me asking me why they kept meeting "douchbags."  Everybody has a different definition of exactly who douchbags are, how they operate, and who can be considered to be one. 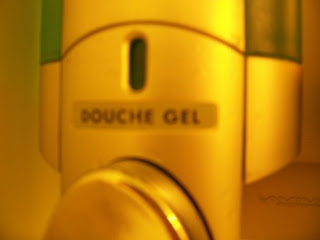 For the purposes of my book, they can simply be classified loosely as someone that you have either an unusual or unpleasant experience with while dating.  As I set out to find some honest and sincere answers to the questions of my female friends, I soon found story after story of almost utter chaos and destruction.  They were quite literally everywhere!  If you have a story about a particular Douchbag that you know or have known, please feel free to get it off your chest.  Anything goes!  However, please no curse words or at least edit them with symbols like so:  f@#$!  I know that these words can sometimes be key to illustrating the point of a story so feel free to include them, but I would like to keep the page semi-clean as your story could contain valuable information for younger generations.  If you really feel like you have to get something out there raw or un-edited, please feel free to email it to me directly for help.  Every story in the book has been edited to protect the actual identities of individual involved, because let's face it, people can and will change.  It's not so much about taking other people down, as it is more about building yourself up from what you have experienced.  Have you dated a douchbag?  Please tell us your story.  Thanks and much love,

Note to publishers:  This book is a completed work, ready for publishing and open to optioning, for sale or distribution.  Please email with any inquiries.  Thanks!

April 29th 2010 9pm
Within a few minutes of meeting Stephy, I could tell that I already liked her.  She has a kind of witty sarcasm that she can deliver with a deadpan sincerity that keeps you going for a couple of moments before she lets you off the hook with a laugh.  I asked her if I could write about her here and surprisingly she gave me permission to write about her using her real first name.  The particular reason I chose to write about her is that she is very unique.  She uses the word douchbag as a term of endearment.  Not that she doesn't use it in other ways, but that she is more strongly capable in herself and others that she uses this and other not usually nice words also as terms of endearment.  So there you have it, a new discovery.  When ever I mention this particular book/writing project to women, I am instantly told without fail, "Oh, I could tell you a bunch of stories about douchbags I know."  That is what compelled me to write it.  The more and more I dig into it, the more startling and surprising stories I discover.  So if you ever meet Stephy, don't be alarmed if she happens to call you a douchbag.  She is strongly capable in her use of the word, and as another man or woman, so should you be too.  Sure many other women may in fact do this same thing too, but in so far as I know she is the only one I have met who uses the word in such a playful and carefree way.  More stories to come. Please tell me yours.  - Matthew
Posted by Unknown at 9:19 PM 1 comment: 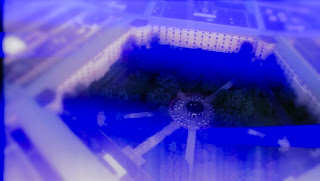 "The very word "secrecy" is repugnant in a free and open society; and we are as a people inherently and historically opposed to secret societies, to secret oaths and to secret proceedings. We decided long ago that the dangers of excessive and unwarranted concealment of pertinent facts far outweighed the dangers which are cited to justify it. Even today, there is little value in opposing the threat of a closed society by imitating its arbitrary restrictions. Even today, there is little value in insuring the survival of our nation if our traditions do not survive with it. And there is very grave danger that an announced need for increased security will be seized upon by those anxious to expand its meaning to the very limits of official censorship and concealment. That I do not intend to permit to the extent that it is in my control. And no official of my Administration, whether his rank is high or low, civilian or military, should interpret my words here tonight as an excuse to censor the news, to stifle dissent, to cover up our mistakes or to withhold from the press and the public the facts they deserve to know." -  President John F. Kennedy
Waldorf-Astoria Hotel
New York City, April 27, 1961
Numbers flash on a screen 0, 1, 3, 6, 7, 8, 10, 13
0- Origin
1 – Creation
3- Divine Perfection
6- Human imperfection
7- Spiritual perfection
8- Infinity
10- Ordinal perfection
13- The Outer Boundary
This story is about a group of people who work in a security lab beneath the Pentagon. They have a computer system attached to a device that allows them to access and control any computer system in the world. They are off the official budget because they can "take money" from criminals worldwide, which gives them unlimited funding. MJ, the team leader begins to question the origins of the program, which soon takes him around the globe in a hunt for answers that leads to something sitting in front of him the whole time. When the US Military broke the ground for building the Pentagon, on Sept 11th, 1941; the OSS created a new division of government, that would secure American interests permanently worldwide until on Sept 11th, 2001 when an attack came from within the program itself and threatened to tear the nation apart. MJ and his team are in a race against time and their own superiors to find out the truth about "The God Cell" that powers the system. Could it have answers about unlimited renewable energy? Does it's genetic code have answers about the origins of life itself? Love is waiting for all of the answers, under the Wisdom Tree. Will MJ choose true love, or will he choose to throw it all away for God and country?
This Screenplay is a completed work, however, the novel is still being written for optioning first.  Please email with any inquiries.  More information will be published as soon as it becomes properly formatted.
Posted by Unknown at 8:12 PM No comments:

This script and story is artistically based on the life of Robert Smalls.  The script is a completed work available in Final Draft format as well as text for optioning, reviewing, and/or purchase.  Please email with any inquiries.  I implore you to take a glimpse into the life of this great man.  There are a wealth of stories within his life which should be told and re-told in multiple media formats, as well as passed down through the generations.  For adequate historical reference beyond the world-wide web, I suggest that you pick up a copy of Gullah Statesman - Robert Smalls from Slavery to Congress - 1839-1915 by Ed Miller in paperback.  Available for purchase here:
http://www.sc.edu/uscpress/

His story will take you on an adventure off the beaten path of more well-known history.  While this work is a speculative fiction, I have taken great pains to highlight the historical truth by adding story-lines to heighten the experience and dramatize actual events.  I hope it inspires you!  It certainly is an inspiring story to me!  Thank you!

Excerpts From "The Planter Seed" (The Robert Smalls Story) Screenplay